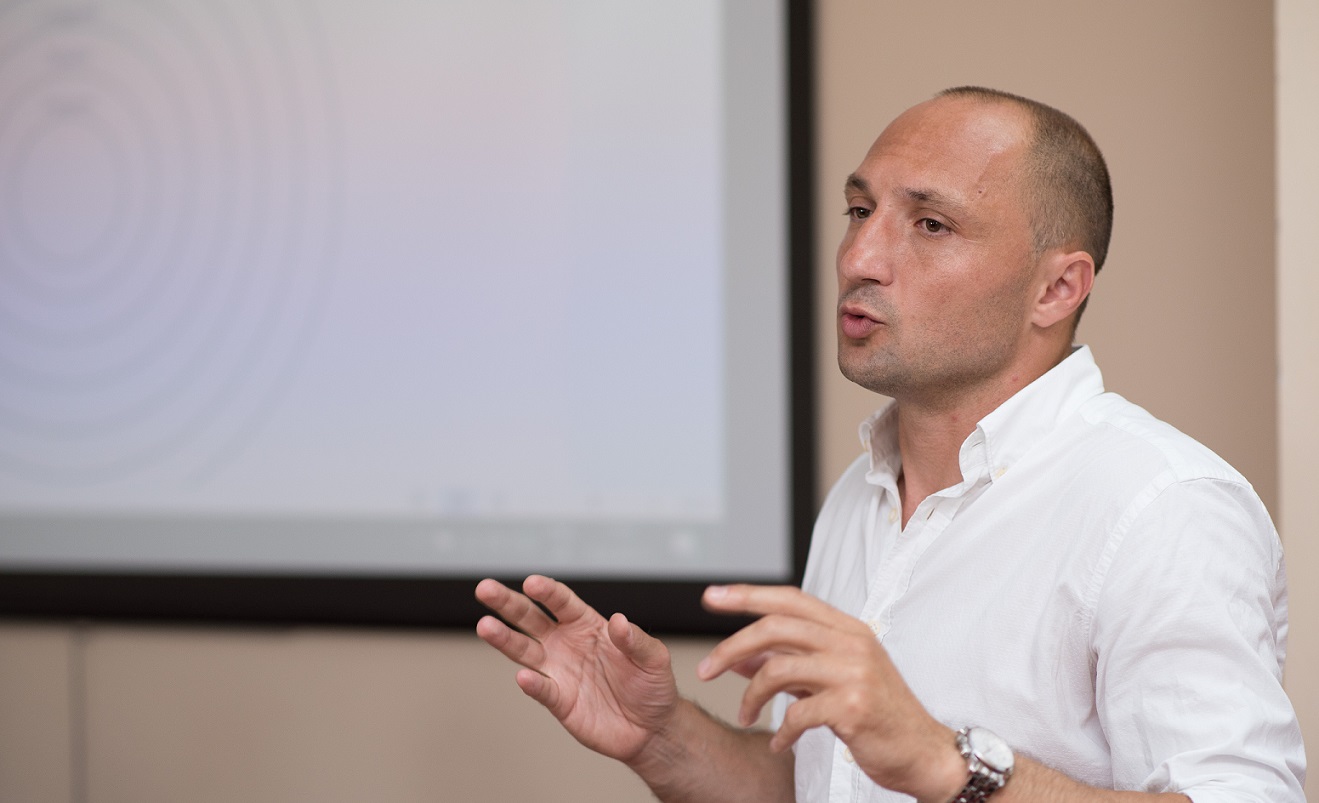 Once again, football agent Victor Venkov responded to the invitation and joined the initiative “For a successful career”, which the leadership of Vitosha (Bistritsa) organizes. The former footballer of Yantra (Gabrovo), Vidima (Sevlievo), Lokomotiv (Gorna Oryahovica) and Czech Znojmo gave valuable tips to the talents of the school, some of which are soon to make a debut in the men’s soccer. The manager introduced the guys with some of the intricacies of the transfer market and the rules of FIFA and UEFA.

Venkov has a wealth of experience in mediation between players and clubs. Through his agency he worked or worked with well-known names such as Svetoslav Dyakov, Miroslav Ivanov, Hristo Zlatinski, Bozhidar Mitrev, Martin Raynov, Roman Prohazka and Lyubomir Guldan. Among the co-workers with whom he is in close cooperation, the most important interest is the name of the former national coach of Bulgaria and the two-time champion Ludogorets Ivaylo Petev. The Impresario, who has graduated from psychology at VTU, has specialized in clubs like English West Ham, Italian Sasuolo and Croatia’s Dinamo (Zagreb).

“The difference between adolescent and male football is very big. If you have the same status in adolescents, you do not get money, you go to school, and you have a lot of similar interests, men have things like that. There you will meet seasoned footballers who have already gone through what’s ahead of you. You will begin to get money. If you are outside of Bulgaria, it will affect your country’s mentality. Adaptation at certain places will be more difficult than you expect because you will be alone outside, “the manager said.

“It is very important when you take the step to go out, to know where you are going. Assuming that stronger soccer is played in the northern countries and your profile is not there, you will encounter difficulties. If you find yourself in the southern countries where the game is more technical, but you respond to another profile, you will still have difficulty. However, you will have the biggest problems because of the lack of parents and friends. In the beginning, you will receive heavy criticism from teammates, coaches and fans. However, our work is at this adaptation period to be close to you, to help you and to give you the right advice, “added Venkov.

Help from a friend

“I personally never call the people I work with, clients and friends. I’m trying to get to know them well to know what problems they can have. Everyone has an individual character and must be approached individually, depending on the situation. Has a player helped to adapt more quickly and easily, solved a problem, felt better and more confident, helped both the coach and the club. One advice from me – even at a time when you play in a club that is below your level, you never have to show behavior that you are bigger than the coach from the team. It will be detrimental to you, “the former footballer said.

The key to success

“Whenever a young boy joins men, he wants to emulate the more experienced, older players to be faster and more easily involved in the team. Here, however, the moment is very thin. If you come across such a group, but imitate the wrong people, your success will only be temporary. Do not try to like yourself because you imitate someone. Are you well represented in training, and in matches, are you giving yourself 100%, are you conscious, you will all like it and respect it. How much money you have, what hair and clothes you wear will not matter when you are a good footballer. You have to work hard on the pitch and there to become a leader, “said football agent Victor Venkov.